When the Stakes are high, We can help you Thailand generally follows the civil law system where laws are codified and under the general principle of equity. The legal system of Thailand is based on democratic nation’s Constitution.

When civil cases such as business disputes, domestic controversies, divorces, torts, breach of contract, collection of large sum of money can no longer be resolved through settlement between the parties, judicial intervention is needed. Court proceedings would be held, evidences would be presented before the court, and the court’s decision would settle the dispute.

In any legal process, you need first to do a proper designation of the case. The jurisdiction of the court is what comes next, followed by the determination of the proper parties.

In an arbitration proceeding, the Plaintiff, through his lawyer, must file a complaint in writing with an appropriate Court of First Instance, clearly setting out the nature of his claim, the relief sought and the allegations upon which the claim is based. The party against whom the case is filed is called the “Respondent”.

Pleadings for submission to judicial bodies court proceedings are required to be conducted in Thai language, except in some special courts. Documents made in a foreign language must be translated into Thai. Only original documents are admissible in evidence. In a civil case, evidences need to be presented before a court to prove the Plaintiff’s claims. In a criminal case such as murder or rape, it requires proof beyond reasonable doubt.

Getting Divorced in Thailand To terminate a marriage in Thailand, the couple needs to undergo divorce process. The dissolution of marriage is granted once the couple filed for a divorce. There are two kinds of divorce in Thailand. The difference mainly would be whether both spouses agree to it or only one party wants the divorce.

If both parties consent to the separation, Uncontested Divorce can be filed. This is the type of divorce the couple could file if they have a mutual judgement with regards to dissolution of marriage. In the Uncontested Divorce, no disputes arise in terms of property division and child custody.

Uncontested Divorce is easy to administer. Just go through the following steps:

Contested Divorce is much more complicated, thus it would be best to contact Siam Legal and get assistance. This type of divorce takes the court judgement on the dissolution of marriage since in effect, one party is unwilling to terminate the marriage. The decision of the court will determine if the marriage should be ended.

The following steps transpire for a typical Contested Divorce in Thailand:

Language barrier and lack of knowledge on Family law are the common challenges a plaintiff meet. Let an international and reputable law firm handles your Thailand Contested Divorce and represent you in court for an easy administration of your divorce case.

Registering a Company in Thailand 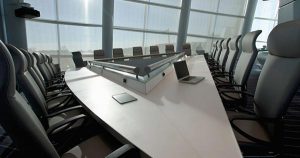 If you wish to register a company in Thailand, you need to learn what documents are needed to properly begin the process. These two beginning documents include the Memorandum of Association and your company’s Articles of Association. In Thailand, the Ministry of Commerce oversees the registration process. Registration takes around three days.

What You Will Need to Gather

To submit documentation, you need to gather certain forms and follow specific tasks. All the documentation should be authorized and signed by your company’s executives. Besides the Memorandum of Association, documents for registration include the following:

The major steps you must follow to register a Thai-based business include the following:

If you need legal advice and assistance from a qualified lawyer, please contact us today. If you are a foreigner and have been entering the Kingdom of Thailand multiple times, you must be thinking of just owning... Need to find a Bangkok solicitor in Thailand for all your needs? Speak to us online on our main website or call... If you have ever considered building to buying a condominium block in Phuket or for that matter a very large house. You... Buying a house in Thailand can be a tricky affair when one considers that only a Thai can buy land or a... Buying property in Thailand is easy if you simply want to buy a condominium. The rules are set and easy enough to... 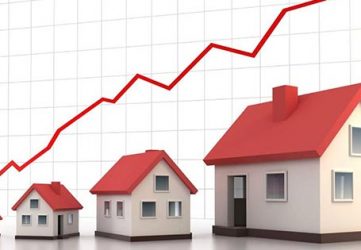 Even with the global financial crisis at hand, the property market in Thailand is still on the up. Property prices in Bangkok...